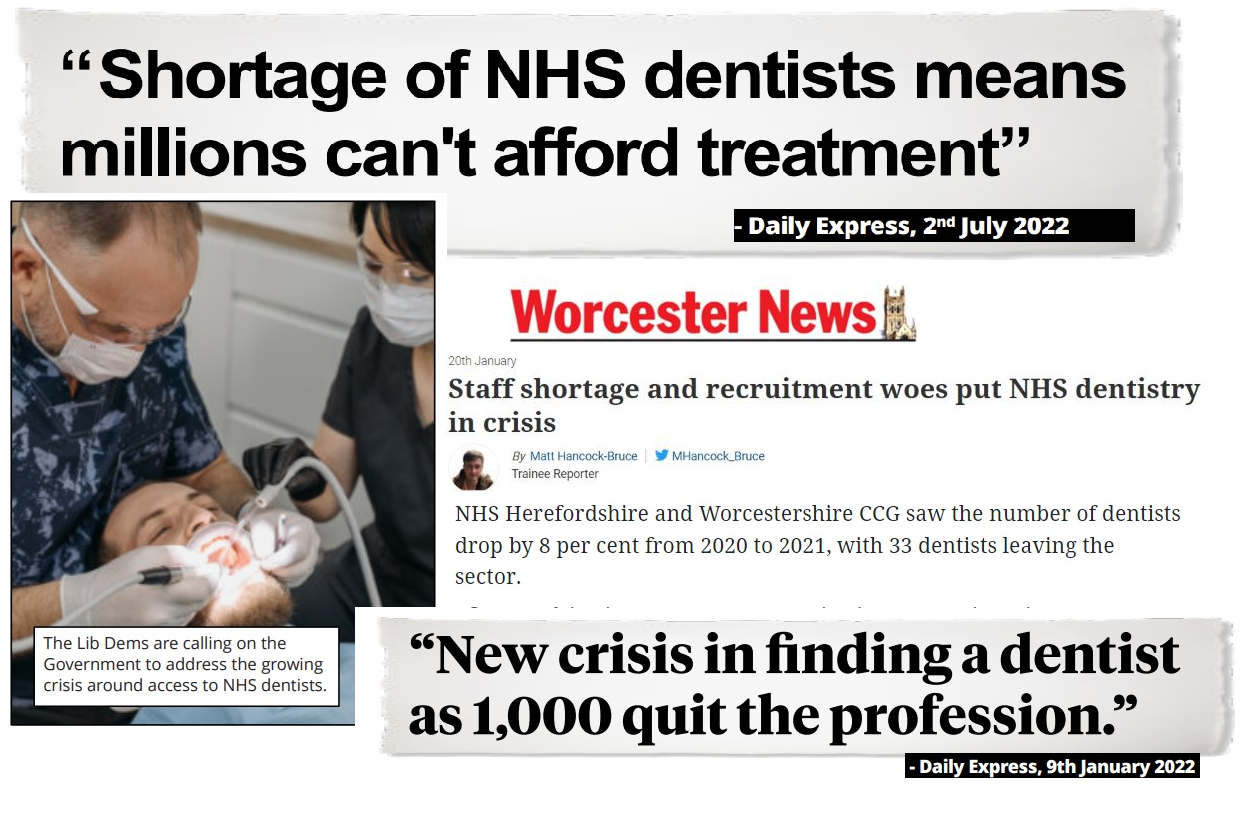 Liberal Democrats are calling on the government to stop the decline in NHS dentistry seen in Worcestershire. The Lib Dems have started a petition that insists all levels of government work together to make NHS dentistry more attractive by funding our local dentists properly and working with local communities to make sure dentists are recruited to where they are needed most.

The shortage of NHS dentists was first highlighted back in January when the NHS Hereford and Worcestershire CCG saw an 8% drop in NHS dentists in the two counties. And a survey conducted by Savanta ComRes for the Liberal Democrats revealed that four out of ten people cannot afford the £250 average cost of a filling from a private dentist without borrowing money or turning to friends or family for financial assistance. The same proportion said they could not afford the £370 required to have a wisdom tooth extracted, while nearly six in ten could not afford root canal surgery, which has an average cost of £970.

Dan Boatright, County Councillor for Pershore, has investigated the situation in Worcestershire and says: “Anyone who wants an NHS dentist should be able to access one. Like many residents, I have struggled to gain access to affordable dentistry, and it is becoming a bigger problem as the cost-of-living crisis bites and people are forced to cut back. In the past two months alone, we have had word of practices in Evesham and Pershore closing their doors to NHS patients and moving to private practice. Our dental health has a huge impact on our general physical health and people should not have to be making decisions that put their long-term health and wellbeing at risk. We are calling for an improvement in access to care so that everyone can get a dentist when they need one.”

The research undertaken by Cllr Dan Boatright into local practices found that the county has a shortage of qualified dentists with several vacancies going unfilled. Practices are paid less than other areas with the rate offered per NHS appointment being £23 compared to the UK average of £28. As a result, NHS contracts have become less attractive and, with government targets adding further pressure, the job has become financially impractical. As a result, most NHS dentists offset their losses on their NHS contract through private appointments. This has all been made worse by Covid, with dental practices struggling to meet the demand for urgent dental care and work through the backlog of less urgent needs. The system is underfunded and undervalued.