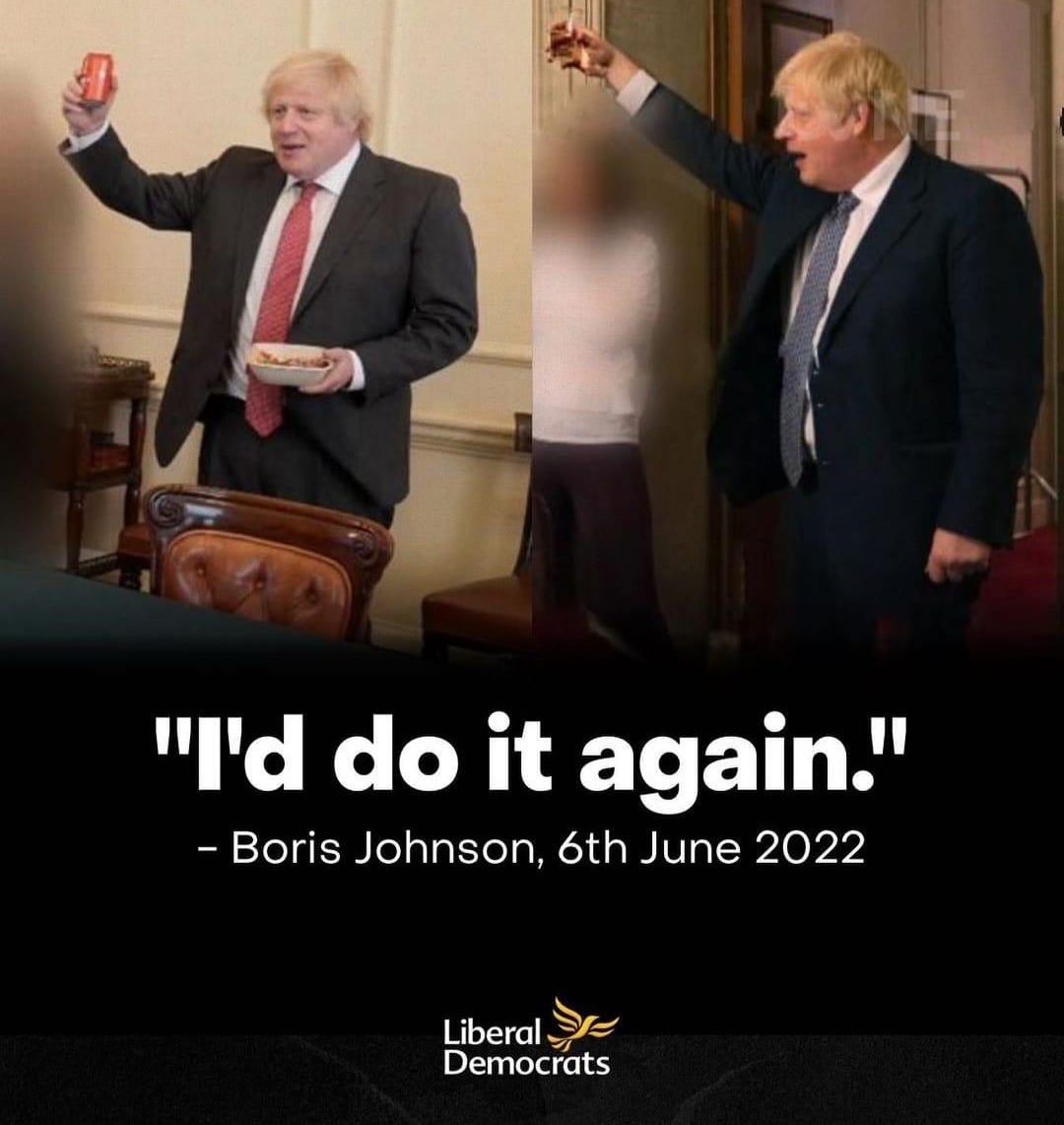 Mid-Worcestershire Liberal Democrats are calling on MP Nigel Huddleston to end his support for Boris Johnson after his vote of confidence for the Prime Minister yesterday. He joined three other Worcestershire MP's who have declared they support Boris Johnson, including MP for Worcester Robin Walker, Health Minister Sajid Javid (Bromsgrove), and Rachel Maclean (Redditch), all of whom have ministerial positions.

Former Lib Dem parliamentary candidate Margaret Rowley, says: “This is all getting ridiculous. Boris Johnson is the first Prime Minister proven to be a law breaker. He is under investigation in parliament to determine whether he lied to MPs and he has even admitted he would do it all over again in the same circumstances! This is not a man who is fit to govern and it is only fair that MPs who represent us speak out and explain their actions.

“It is shocking that 211 MPs chose to keep Boris Johnson in power yesterday. They represent us in parliament and are more focused on keeping their own jobs as ministers rather than the views of their residents. While Boris Johnson may be looking to draw a line under the matter, this is not the case and we will continue to hold this failing government to account.”