The Liberal Democrats have declared ‘the party is over’ for Boris Johnson after their sensational by-election win in North Shropshire tonight. 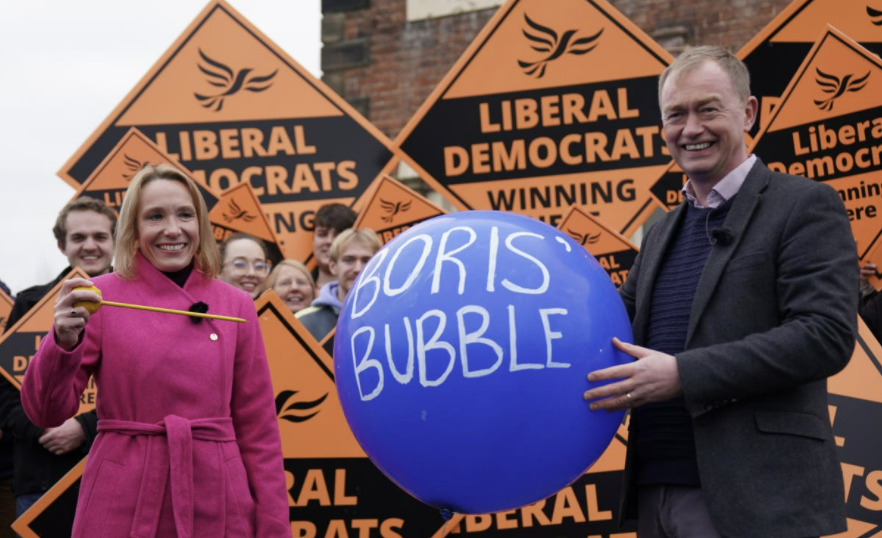 Liberal Democrats won a stunning victory in North Shropshire, taking one of the Conservatives' safest seats.

Liberal Democrat candidate Helen Morgan received 17,957 votes, representing a swing of 34% from the Conservatives and giving her a majority of 5,925.

North Shropshire was the 58th safest Conservative seat in the country, with former Conservative MP Owen Paterson having a majority of almost 23,000 votes in 2019. This represents the second biggest majority overcome in a modern by-election, after Christchurch in 1993.

The stunning Liberal Democrat win follows their success in Chesham and Amersham in June, when a Conservative majority of 16,000 was overturned with another huge swing resulting in Sarah Green MP being elected with a majority of over 8,000.

While this was a by-election, such a swing would have seen our own constituency go Lib Dem so there is hope for us all!

A massive thank you to everyone who visited from the constituency. We all had a great time up there and it was well worth the travelling!