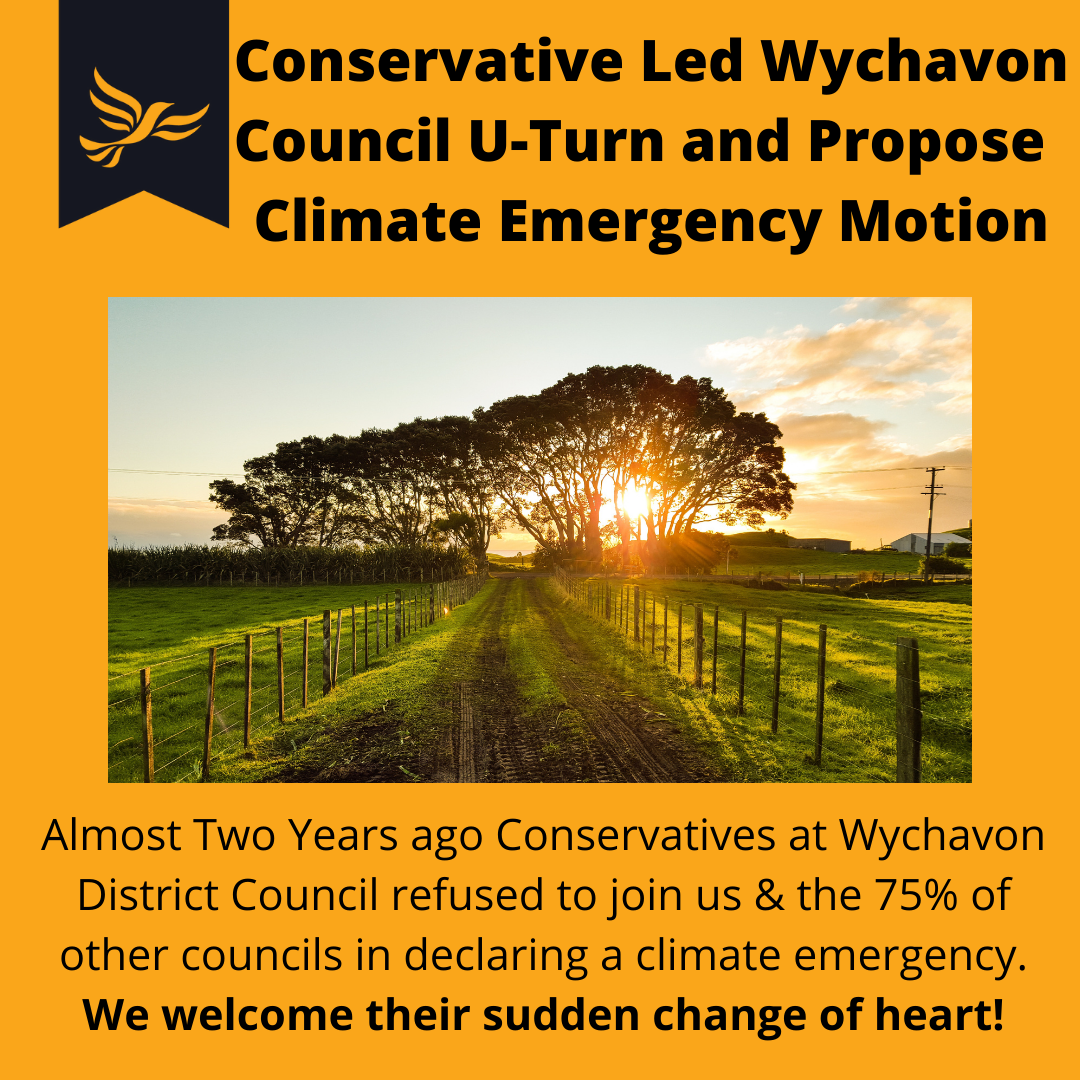 Liberal Democrats have thanked the Conservative Party for their change of stance on declaring a climate emergency and welcome the new motion, to be debated at Wychavon District Council on Wednesday 21st July. The council refused to pass a similar climate motion in October 2019, with Conservatives accusing the idea of being politically motivated and a stunt.

Original proposer of the climate emergency in October 2019, Councillor Dan Boatright says ‘What a difference 18 months makes! I am so happy that the Conservative group have finally agreed to commit to this motion. While they may have seen our motion a political stunt we have been relieved to see the council commit to all of our suggestions, including appointing an officer dedicated to fighting climate change, reducing our own emissions as a council 75% and, now to state that we are in an emergency. While we hoped to push harder on the emissions, with an 80% reduction and offsetting the rest by 2030, we can now see that there is hope that we can convince them to go further.’

Leader of the Liberal Democrats at Wychavon District Council, Councillor Margaret Rowley says, ‘This is the last domino to fall. All district councils across the county had already declared a climate emergency and with the County Council doing the same last week, it was only Wychavon that stood out. It is great to see more commitment to reducing our impact on the planet but we need to move the 2050 target to much sooner if we are to have any chance of ensuring our impact on the climate is reduced to less than a 1.5°C increase. Those who have the finances and ability to go carbon neutral should, and Wychavon is very much in that position.’

In recent years councils across the country have declared climate emergencies, with 75% of local authorities now pledging to commit to become carbon neutral. Many have sought to cut carbon emissions in an ambitious manner, with Stroud Council being the first to declare its own operations carbon neutral in 2015. In May of this year Conservative-led Nottinghamshire County Council, led by Ben Bradley MP, declared a climate emergency and pledged to cut the council’s emissions to zero by 2030. 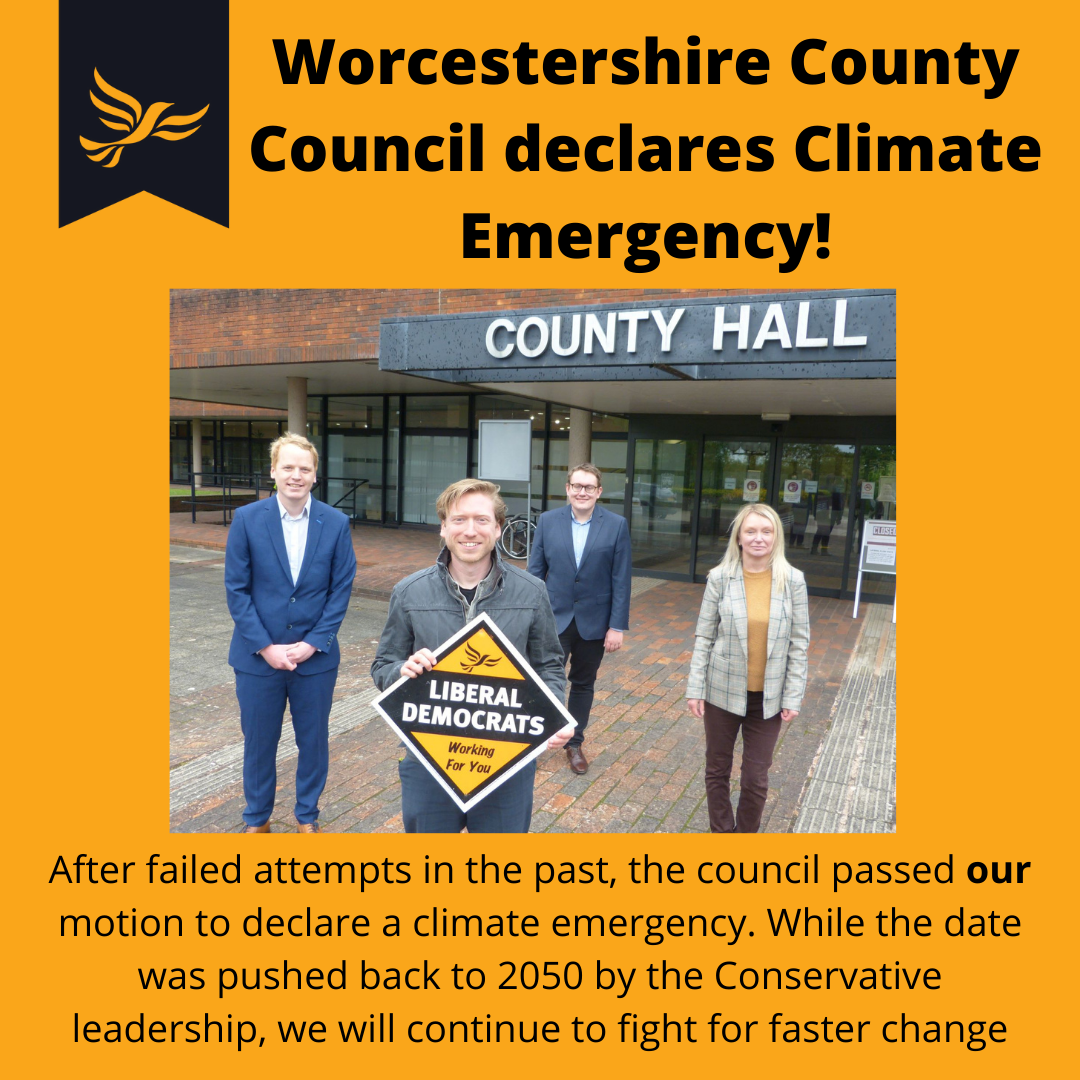